This painting is a re-working of a much smaller acrylic painting that I did last year. I liked the idea so much that I wanted to produce a similar version on a larger scale. I altered some elements of the painting but the concept is the same.

I wrote of the first version; “Occasionally, elemental conditions combine to produce awe-inspiring demonstrations of the powerful forces of nature. This acrylic painting of a spectacular wave I saw at Bamburgh, on the Northumbrian coast, two winters ago depicts just such an event. High spring tides and days of strong winds produced a storm surge along much of the east coast of England. At this particular point, just below the lighthouse at Bamburgh, the underlying rocks must have been forcing the breakers to change course and they collided in great plumes of spray before reaching the shore in a boiling cauldron of white foam. A small party of purple sandpipers, tiny against the waves, dashed to and fro, being repeatedly pushed off their high-tide roosting areas by the encroaching sea.” 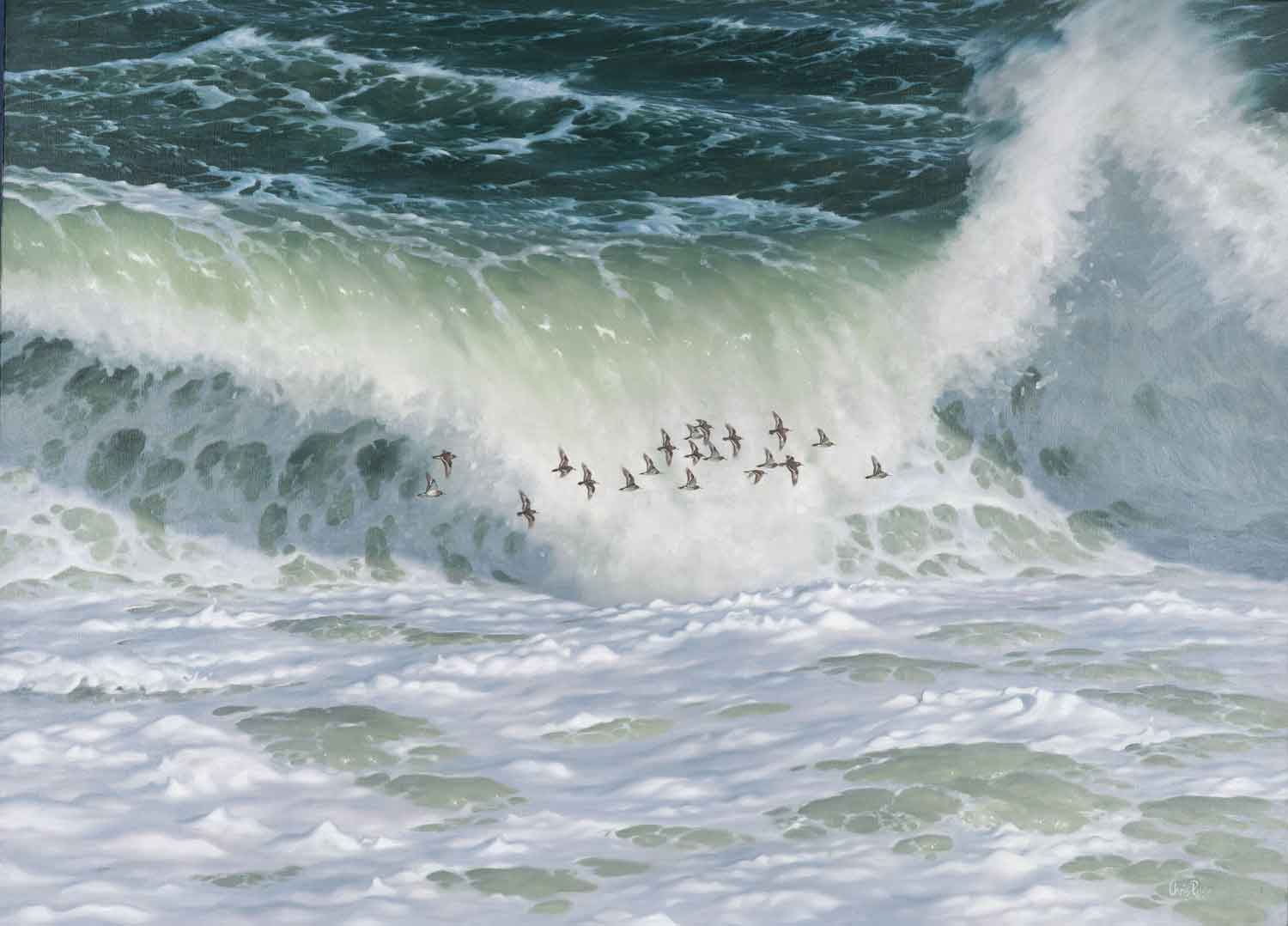