Last Sunday I had a couple of great practice dives at the famous St Abbs Marine Reserve – a popular UK dive site and only an hour’s drive from home. Although at first the sea was a little choppy and it was touch and go whether we would get out on the boat, the decision was made to dive and off we went. This was my first boat dive but it was easy; you just hold on to your mask and regulator and jump in. We descended to about 16m into the most fantastic world of soft corals, starfish and sea urchins. We were blessed with great visibility of around 10m, which I’m told is about as good as it gets.

The rocks were carpeted in ‘Dead mens’ fingers’ – a soft coral that forms white, finger-like colonies of tiny polyps. 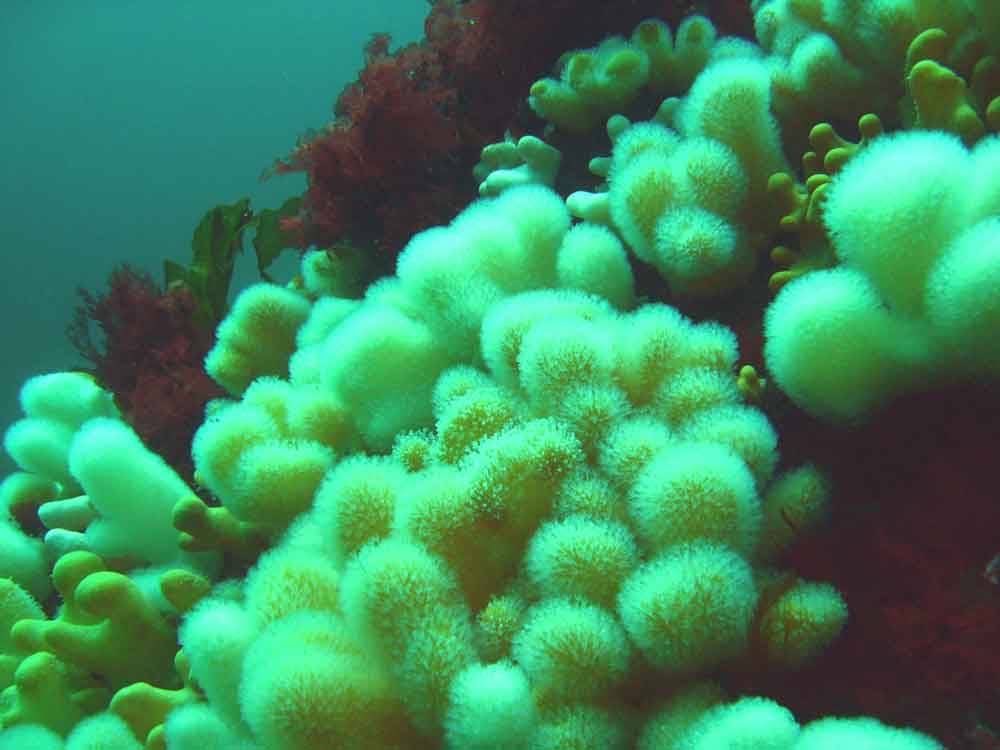 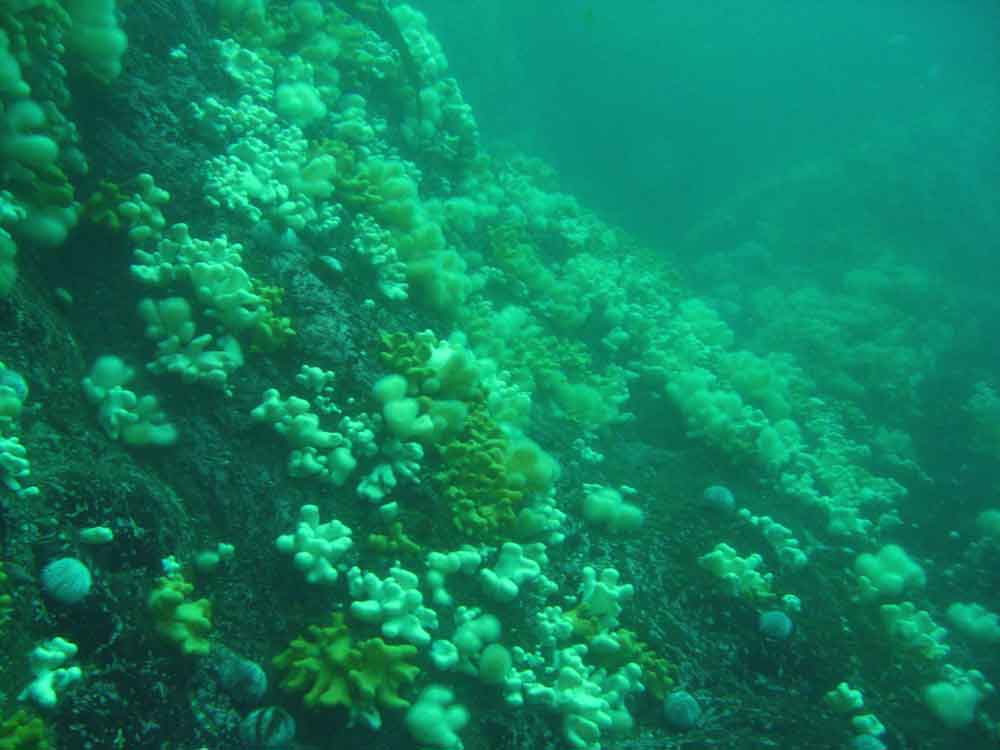 Sun starfish and sea-urchins abounded and the occasional fish swam past, like this young Pollock. 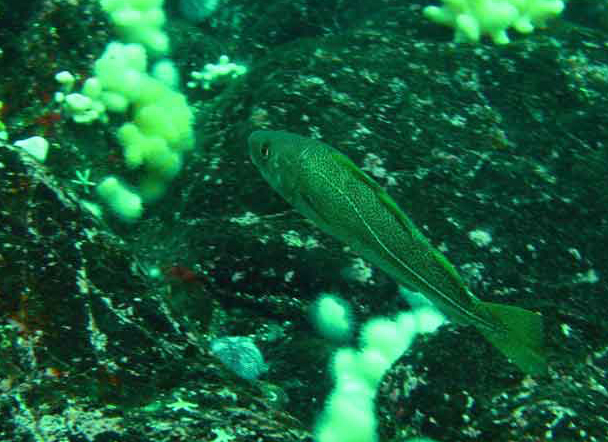 I was able to try out my new sketching kit to see if it worked; a permanent wax crayon on plastic-laminated paper, tied to my person by various bits of string to stop it all floating off into the big blue yonder! It seemed to work fine and has the benefit of being indelible so it doesn’t rub off. A little bit of tweaking is needed for the attachment method and I’ll give it another go next week when I do my dry suit certification dives. 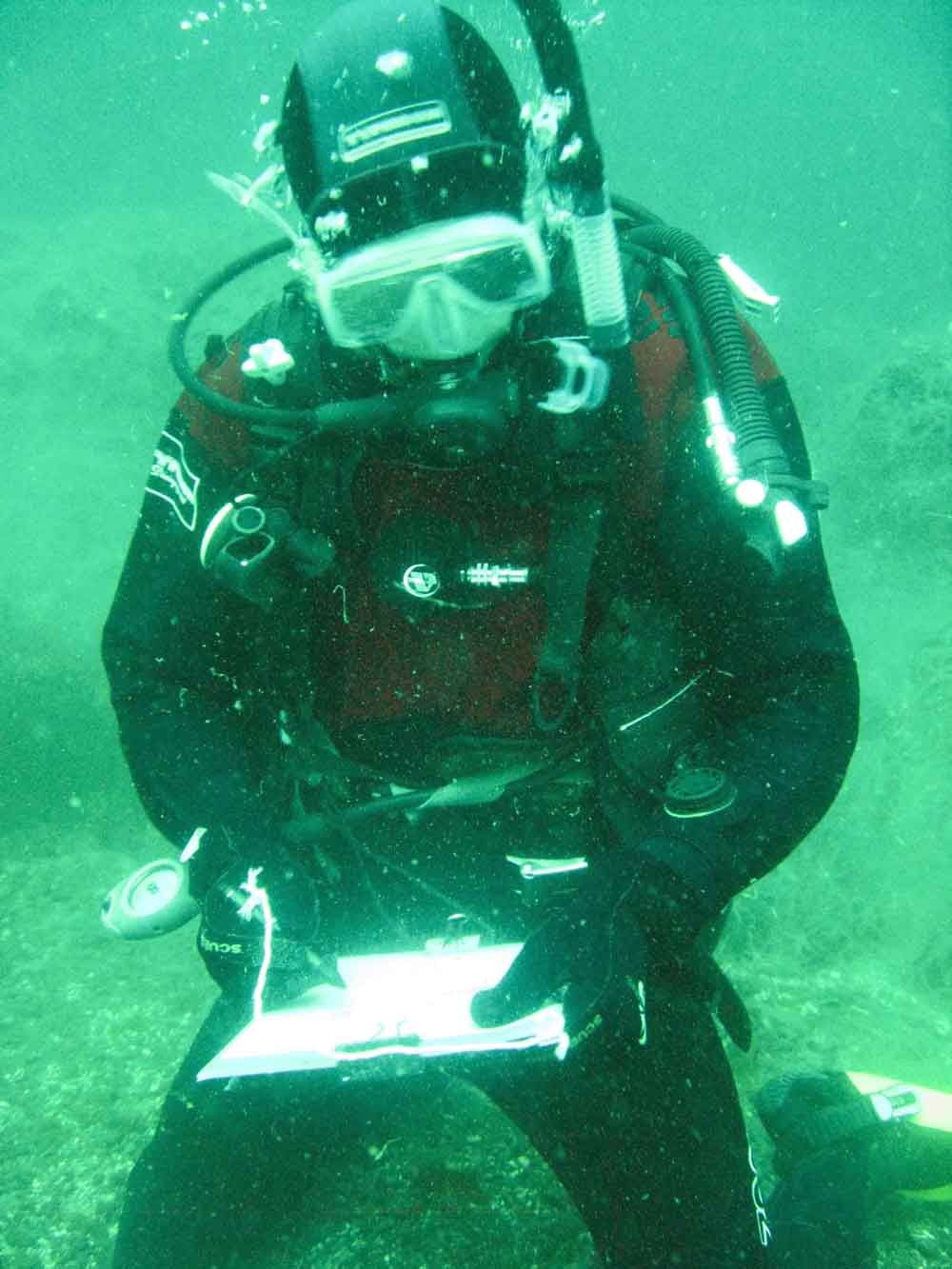 At the end of the dive as we made our safety stop during our ascent I spotted a guillemot swimming above us. We later learnt that the other divers in the party had about sixty birds swimming all around them – maybe next time I’ll be luckier!