Yesterday I took another practice dive at Loch Long on the west coast of Scotland – this time with an underwater camera. I have realised that the restrictions of time, due to a limited air supply, and the practical problems of painting underwater mean that I will have to use some photography as an aide memoire for the dives I will do in the Northumberland rMCZ.

Taking photos underwater is a 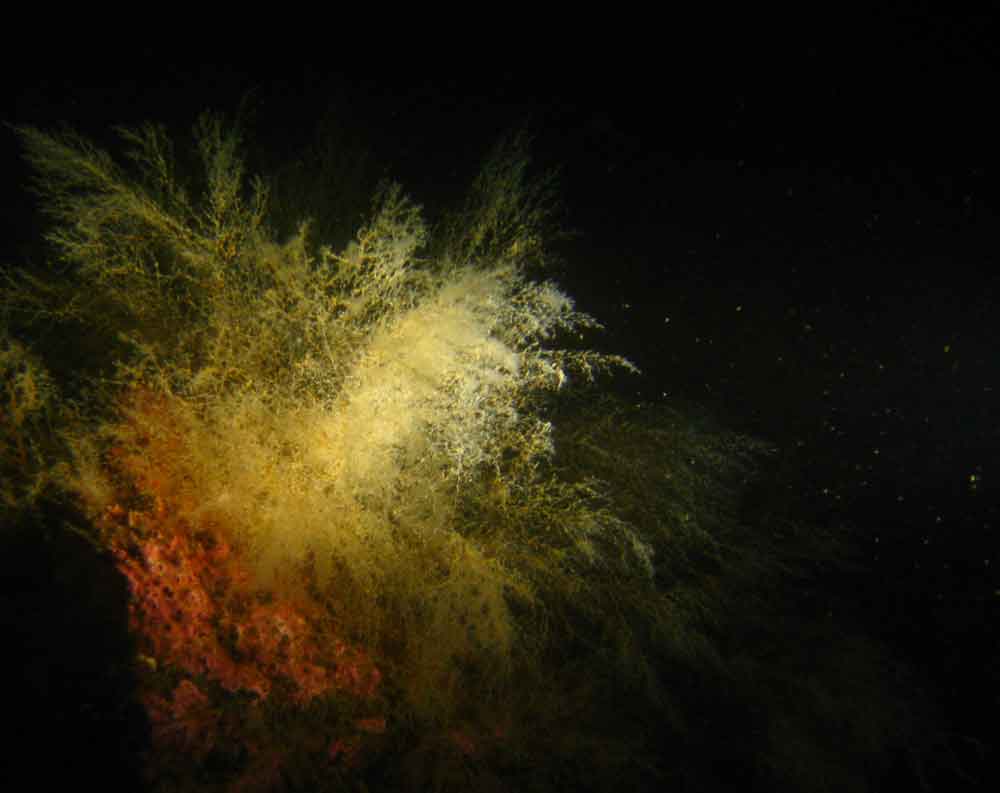 lot harder than you would think, especially when the visibility is under 3 metres. Trying to use the fiddly buttons on the camera when you’re wearing thick, neoprene gloves is like trying to learn the accordian using bunches of bananas instead of hands! Add to that trying to hold your vertical position in the water using your bouyancy control, combatting a horizontal current and trying not to touch anything on the sea bed and you can see that it is a lot harder than taking snaps on land! 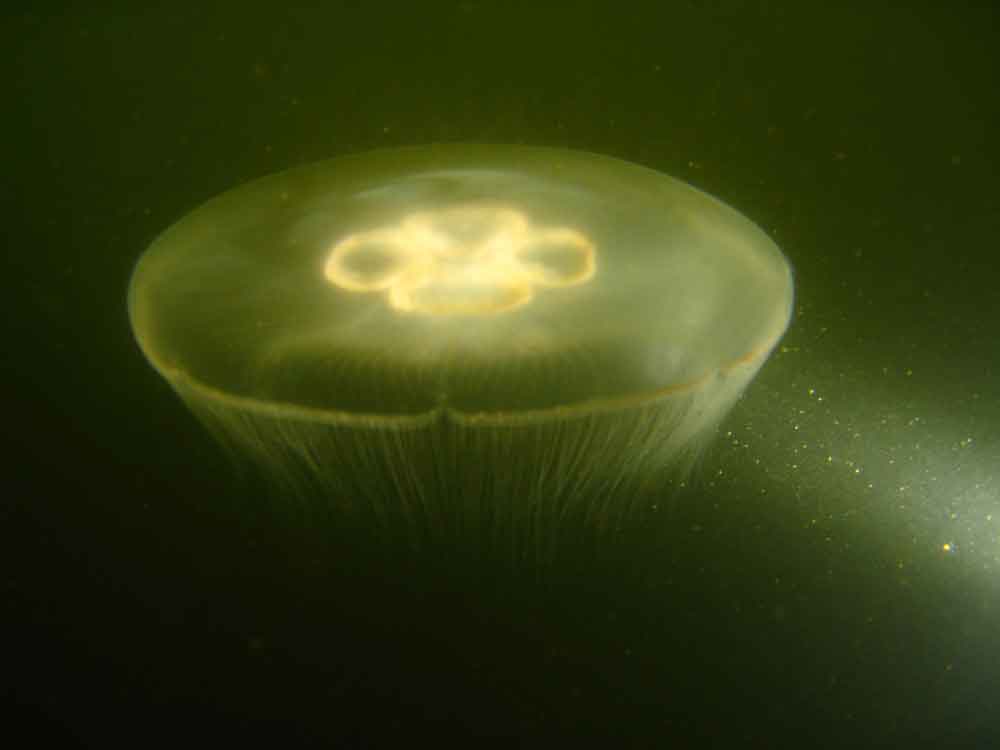 particles in the water (made worse by me kicking up a lot of silt from the sea bed!) so that all my photos looked like out-of-focus pictures of the Milky Way. Fortunately my dive instructor had a torch so these two photos (the best of an otherwise very fuzzy collection of largely unrecognisable images) are not too bad and show a lovely feathery seaweed and a jellyfish, looking for all the world like a UFO from outer space.