A fish, a jelly and a guillemot.

I’ve recently completed the last of the studio paintings for the Wildlife Trusts’ Undersea Art Award. Inspired by my experiences diving in the North Sea off the coast of Northumberland and South East Scotland, these paintings have been produced from underwater sketches and photographs made on the dives, and from memory. 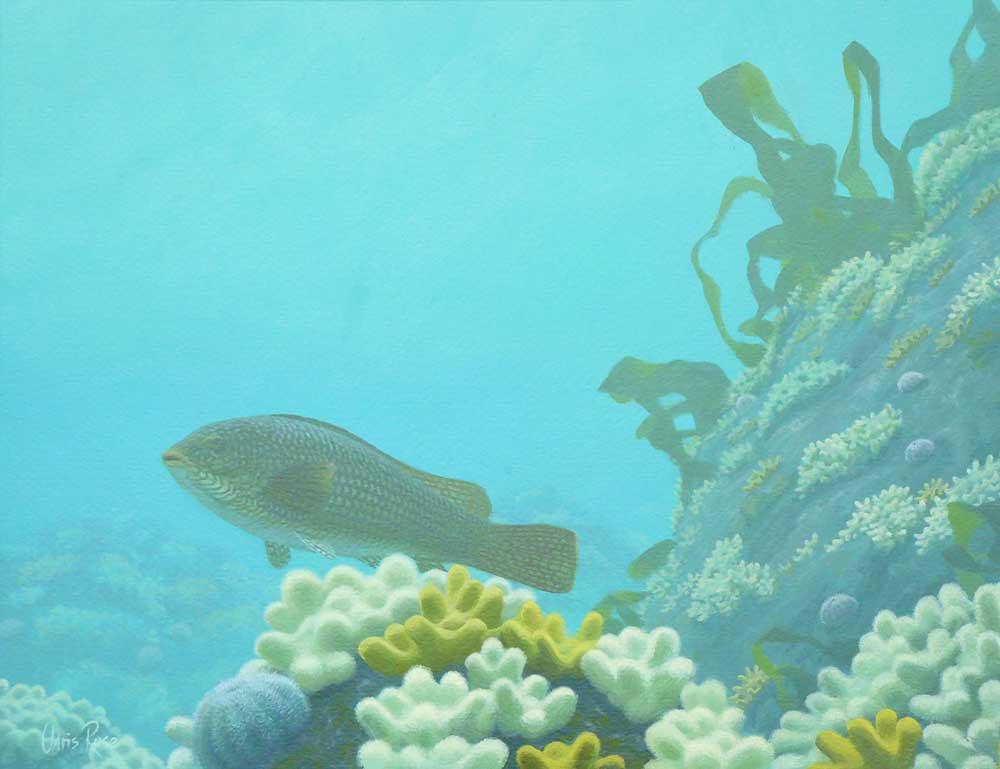 The fish is a Ballan wrasse – a fairly common species that is often very approachable as they are often fed by divers. The Lion’s mane jellyfish is also widespread and is one of our most attractive jellyfish. The guillemot was seen at about 6 metres depth while on a decompression stop at the end of a dive at St Abb’s Head – home of a well known seabird breeding colony. 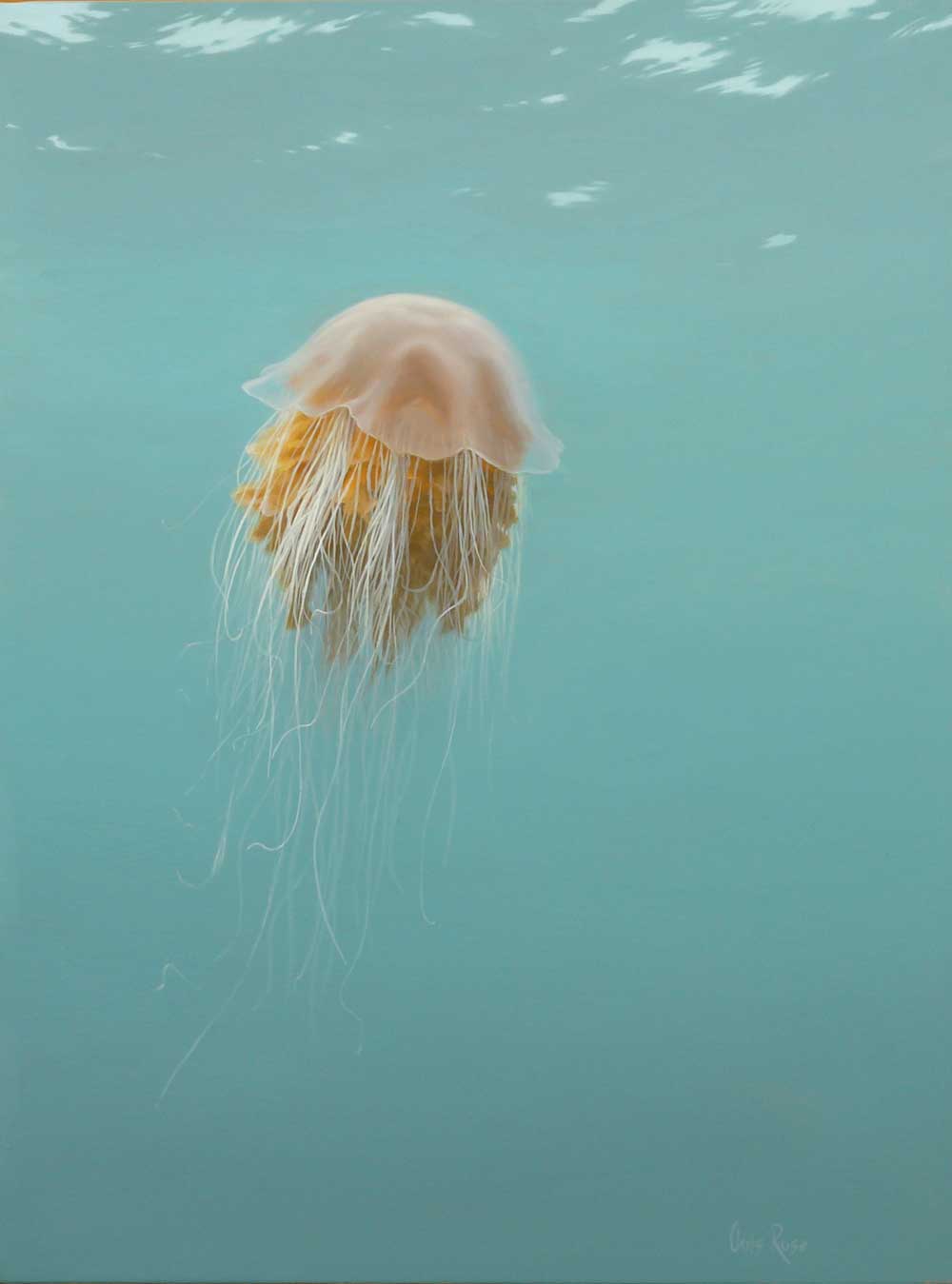 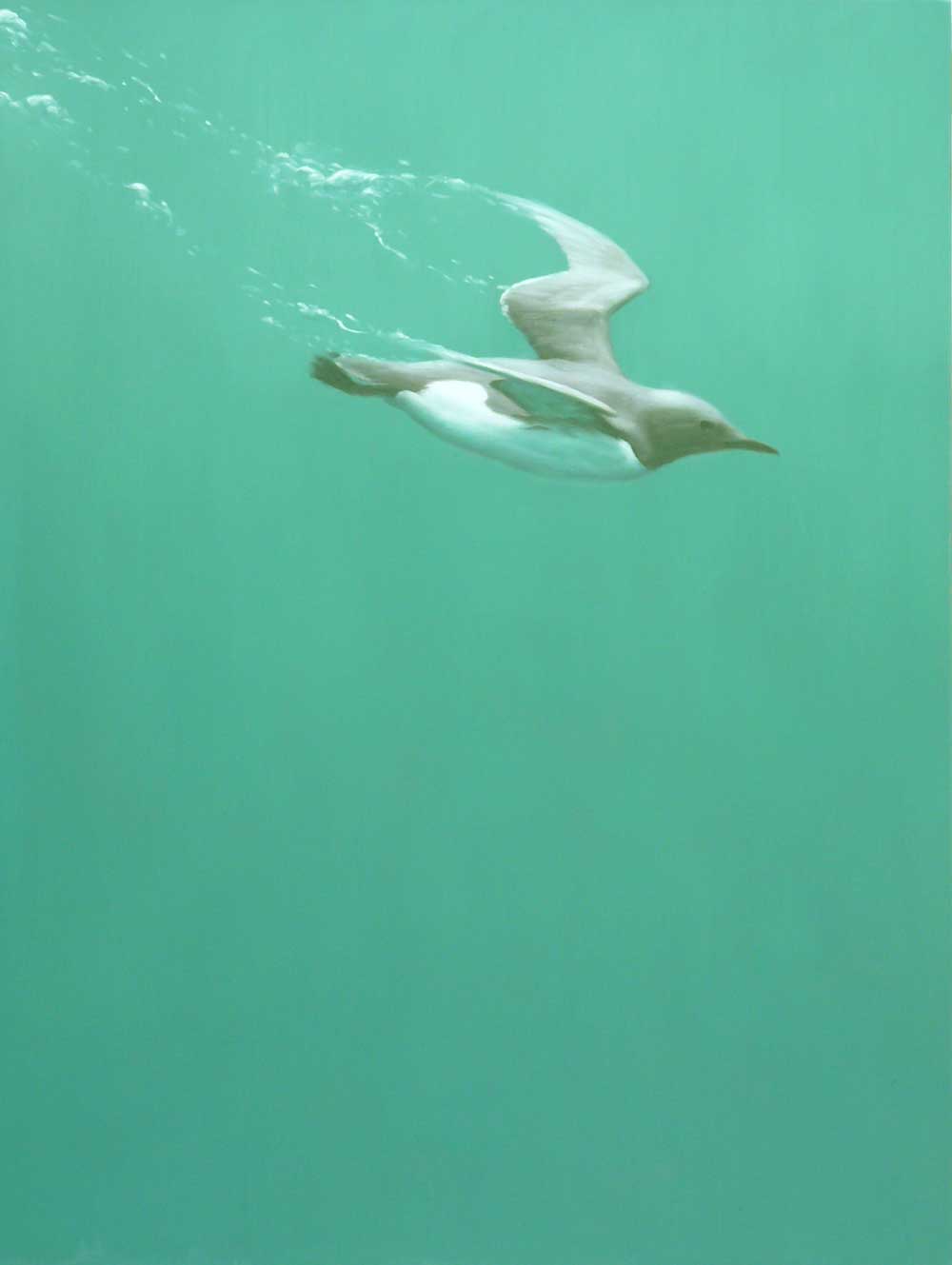 These paintings and all of the other studio work and field sketches, including those made underwater, will be on show at the The Natural Eye exhibition of the Society of Wildlife Artists (SWLA) at the Mall Galleries, London, from October 29th – 8th November.