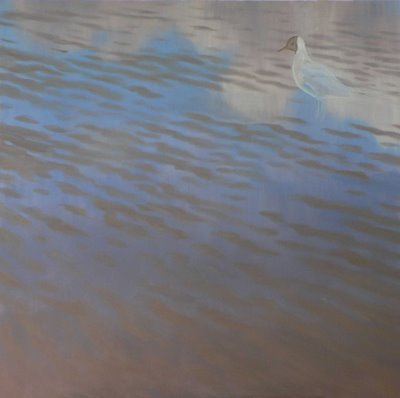 This is the start of a large oil, 34″ square, of a black-headed gull on the expanse of rippled sand between Lindisfarne and the Northumberland mainland at low tide. To get to this stage took only a couple of days. Having roughly marked out where the sand ripples were to go I filled in the water inbetween, giving an indication of clouds reflected in the water at the top. All this has been done in thinned down paint. I’ve also started roughing in the gull. 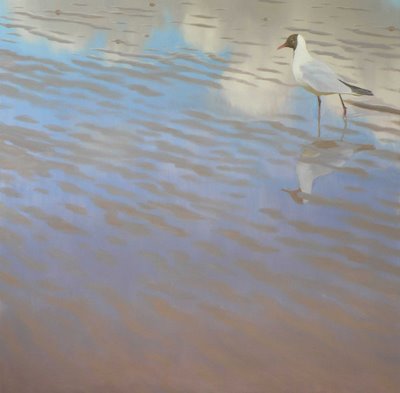 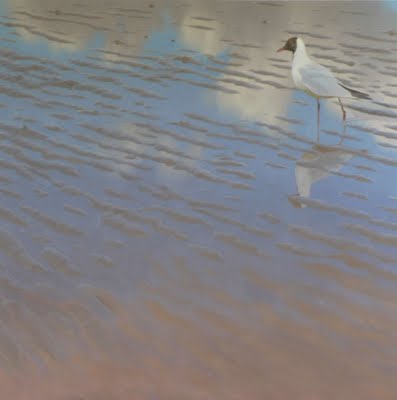 I have now worked down the painting, almost to the bottom, finishing the water and cloud reflections and the sand ripples. 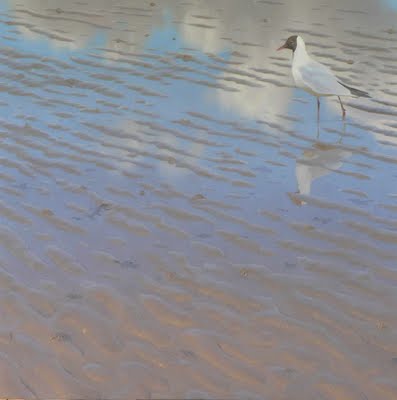 Having painted all of the water and sand to a finished state it still did not look entirely convincing – it was hard to ‘read’ the transparency of the water, particularly in the foreground.

I noticed in some photographs I had taken that there were scattered fragments of dark seaweed, mostly in the water between the ridges of sand, so perhaps it was these that gave the idea of transparency in the water. I painted some in and suddenly the effect I had been searching for was achieved. I also added some worm casts. 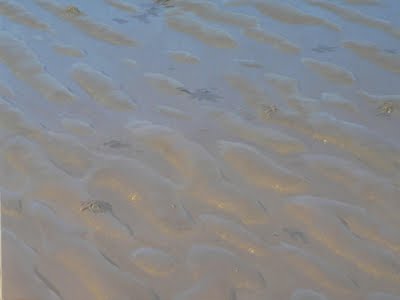 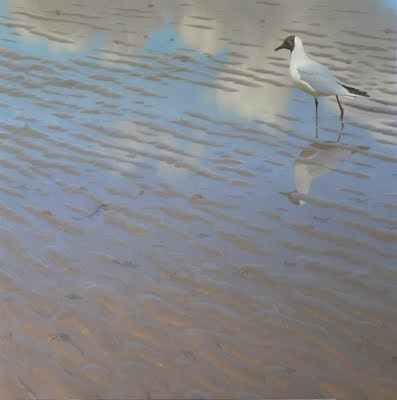 It just remained to paint the bird and its reflection to a finished state. There were a few minor alterations to be made to the shapes of the bird and reflection, otherwise it was a reasonably straightforward exercise to paint over the underpainting with more-or-less the same colours and with a bit more attention paid to plumage and structural accuracy.

One Response to Black-headed Gull