Diving the Farne Islands with Countryfile

I recently dived at the Farne Islands with the BBC Countryfile film crew and presenter Matt Baker. We were blessed with fantastic weather; the sky was clear and the sea was calm and blue – idyllic! The visibilty underwater was not brilliant but it was enough to get some underwater sketching and filming done.

We set off from the harbour at Seahouses and en route Matt interviewed me about the award and about how I was going to draw underwater. I had put together a kit that involved waterproof paper – a plastic paper that takes normal graphite pencil extremely well. This was a bit of an experiment as I hadn’t tried it out yet, except for in the bath! I brought along a second set of drawing equipment so that Matt could have a go too. 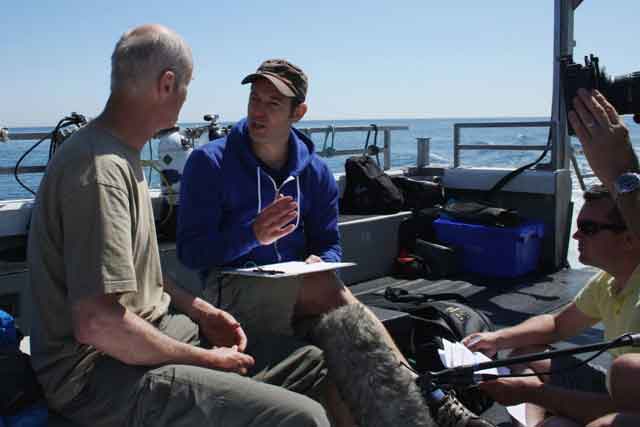 We kitted up (undressing in front of TV cameras was a little worrying!) and then jumped in. Six people underwater; myself, Matt, a cameraman and three safety divers – one dive buddy each. We were only in about 6 metres of water and at this site the sea bed was mostly just kelp forest, but there were tiny fish, sea-urchins, crabs and jellyfish to see. My dive buddy Nicola Faulks – an extremely experienced diver and top all-round naturalist – found a beautiful nudibranch or sea-slug. It was minute! Barely half a centimetre long it was pure white with bright yellow spots at the ends of it’s ‘tentacles’. How she ever found it I’ll never know but Matt and I attempted some sketches. 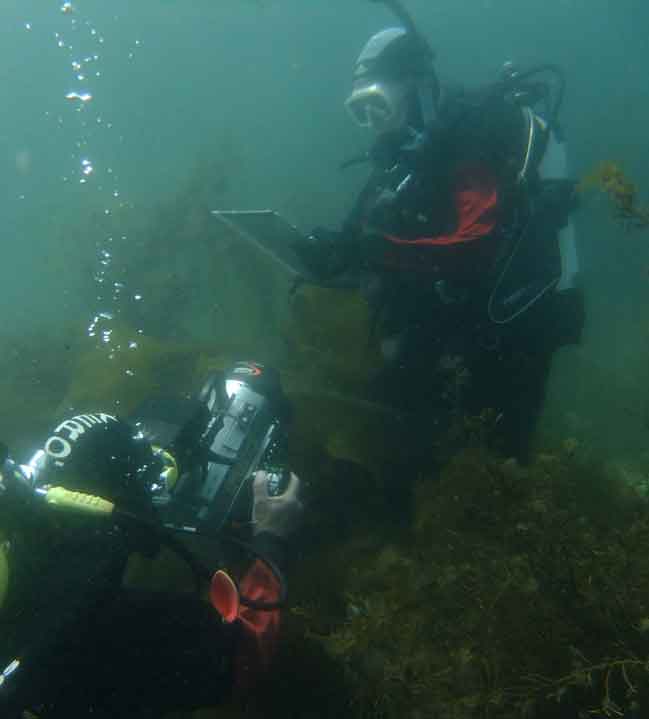 A crab was discovered and somehow ended up crawling up my arm – completely unkown to me! A beautiful lion’s mane jellyfish was also seen at the end of the dive. 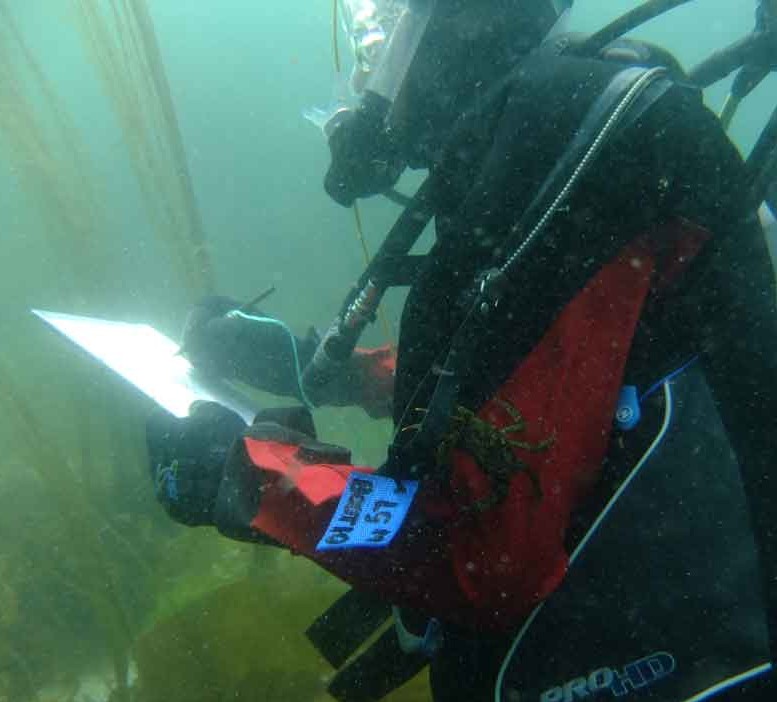 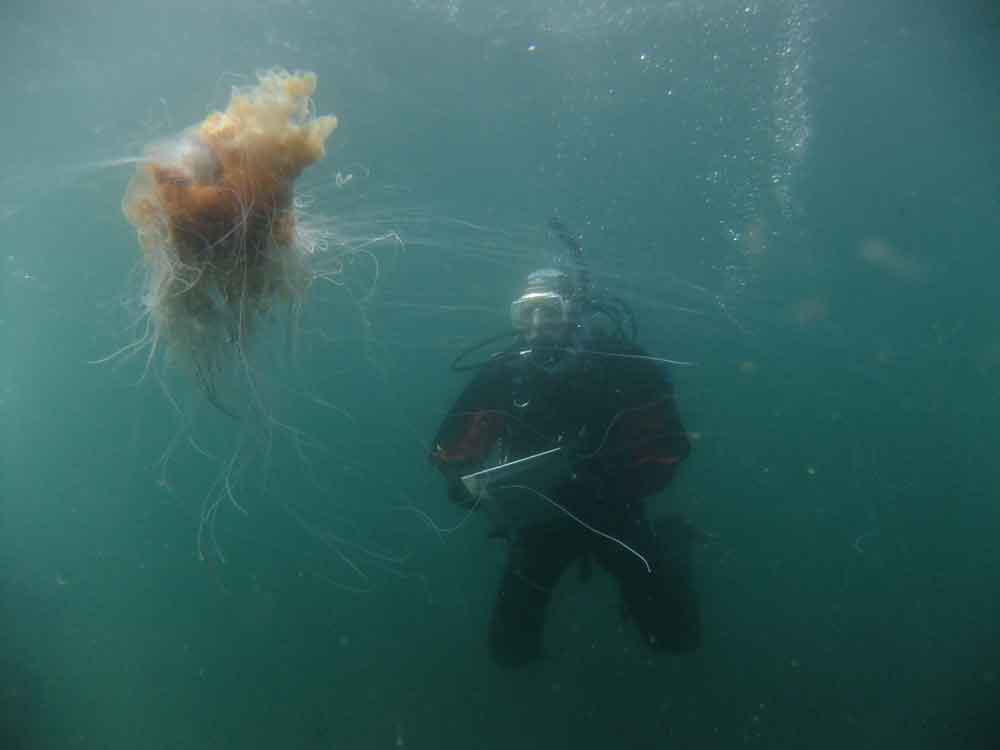 Reluctantly it was time to end the dive. Back on the boat Matt and I reviewed our underwater artwork for the camera before heading back to shore. 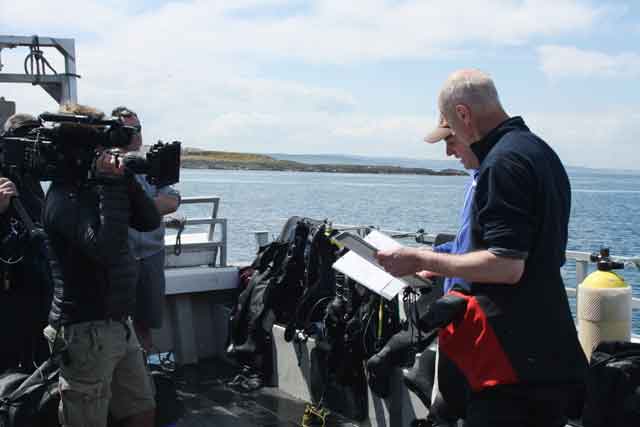 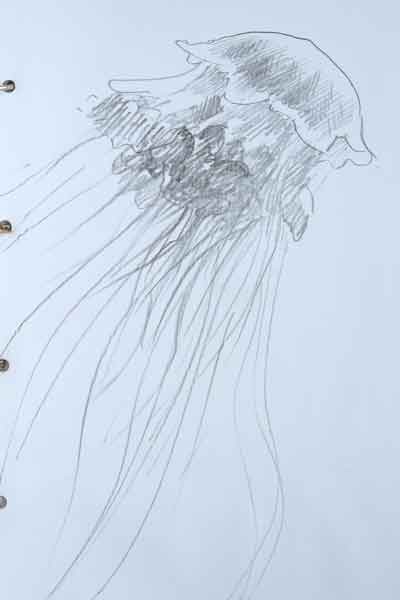 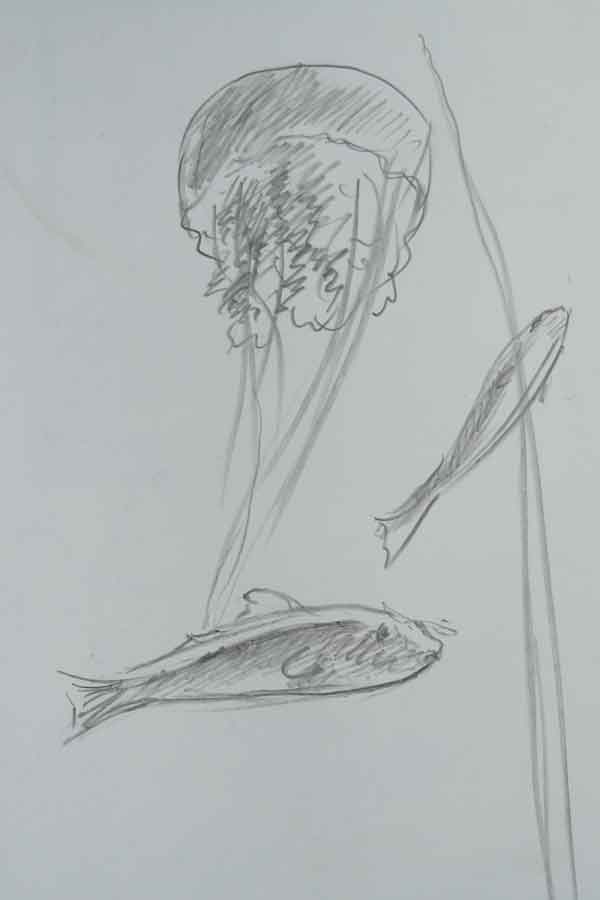 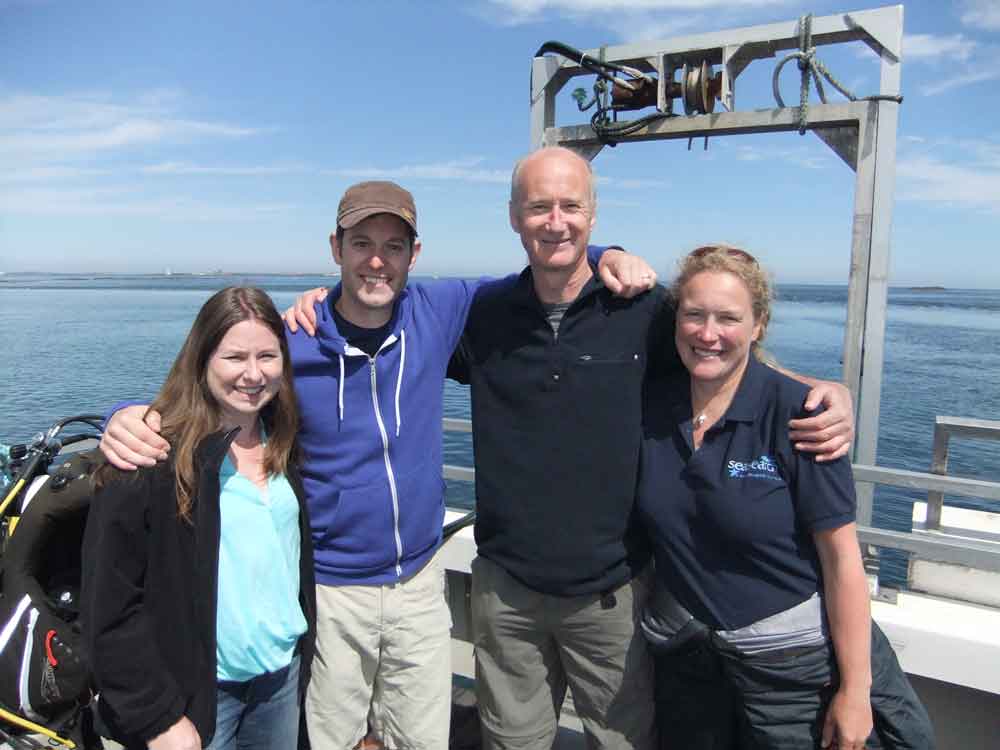 Back on shore I spent some time doing a quick field painting from memory, while the colours were still fairly fresh in my mind. I tried to incorporate some of the elements from the dive that appealed to me; the Mermaid’s tresses (long, filamentous seaweeds), the kelp and a few fish and a lion’s mane jellyfish. 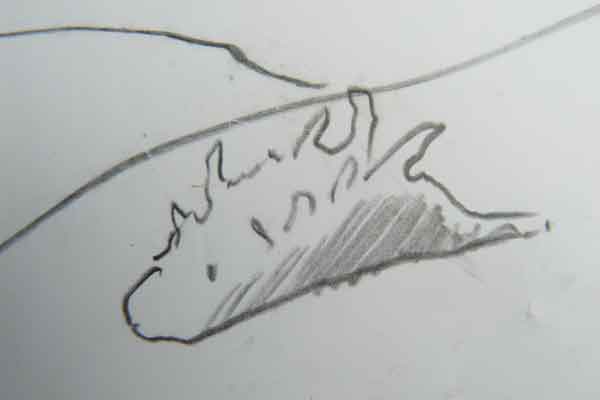 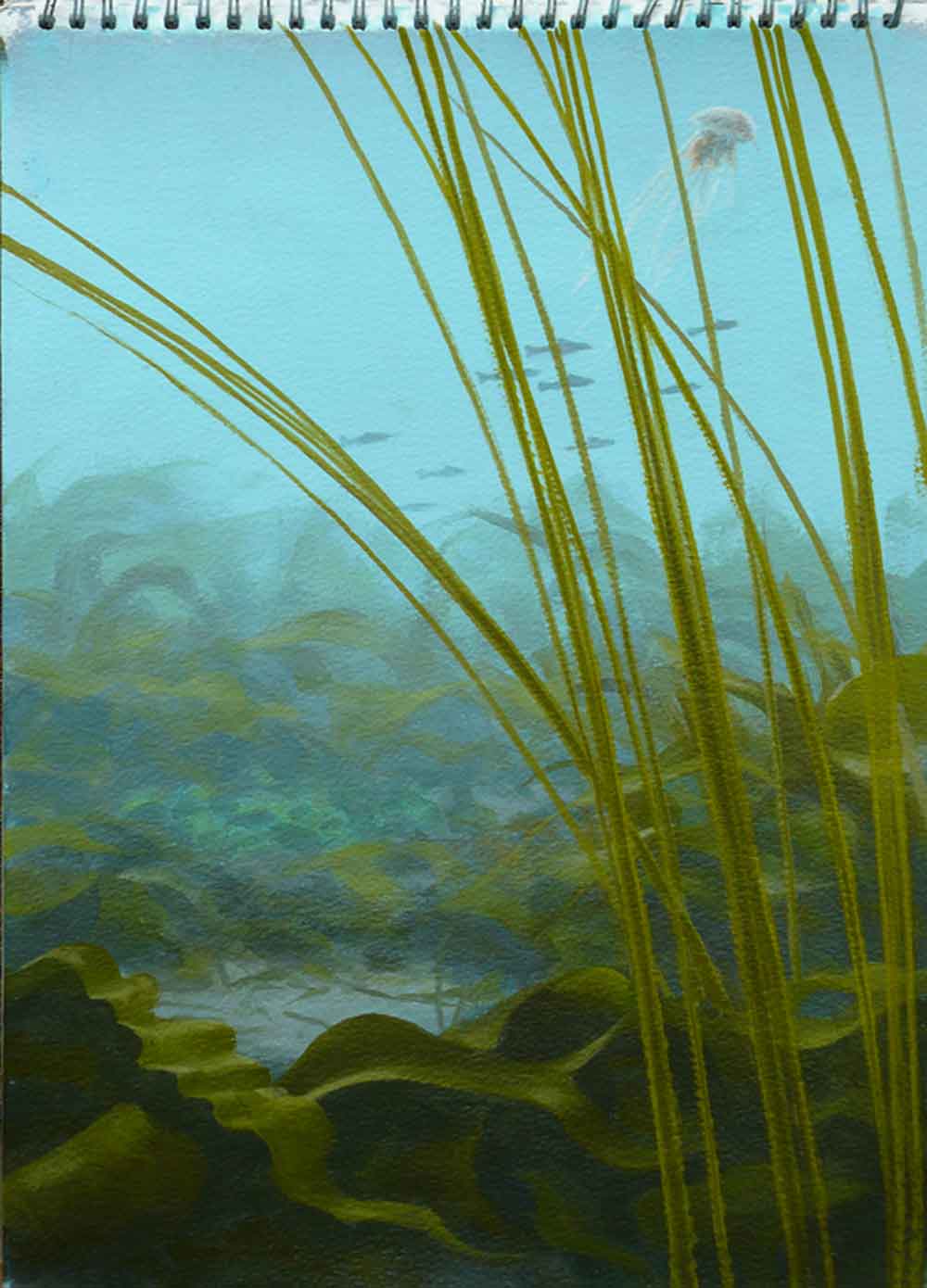 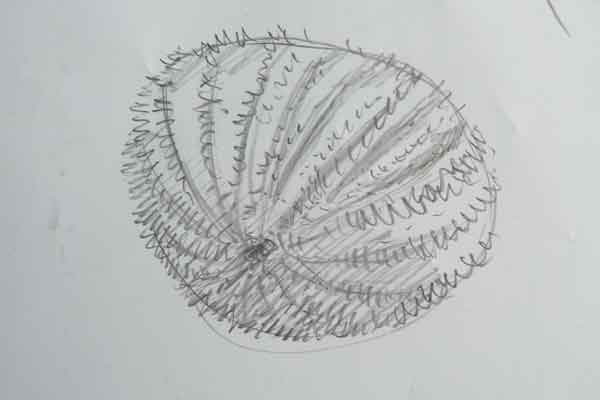 Post-dive acrylic sketch and underwater sketches of a nudibranch and a sea-urchin.