The south-western side of South Georgia is largely snow-covered and has an abundance of glaciers. These scour their way, imperceptibly, down to the shore where, upon meeting the warmer ocean water, they calve chunks of ice into the sea.

In calm conditions the resulting brash ice will fan out across the surface of the sea for a mile or more. As the Golden Fleece pushed her way through this soup of crushed ice and ‘bergy bits’, a party of cape petrels flew past, low over the water.

I loved the way that, illuminated by light reflected from the grey-green brash ice, their white underparts became almost lost against the background. 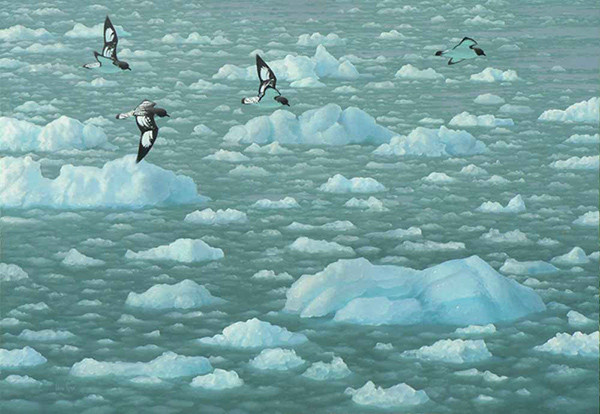