On the north-eastern shore of South Georgia is the Bay of Isles. Its eponymous islands are home to many pairs of breeding wandering albatrosses and we spent a week here. The weather on South Georgia can best be described as changeable.

Leaden skies and morale-sapping drizzle can suddenly turn to glorious sunshine, which in turn can be replaced in a matter of minutes by a blizzard.

At anchor off Albatross Island one day I watched as snowy squalls tumbled over the mountains and out to sea. In a clear spell shafts of sunlight streamed through the brooding clouds and gilded the horizon with a brilliant band of silver.

Wilson’s storm petrels were never far away and could often be seen dancing across the kelp beds like black butterflies, impossibly delicate for such a harsh environment yet perfectly adapted to their world. 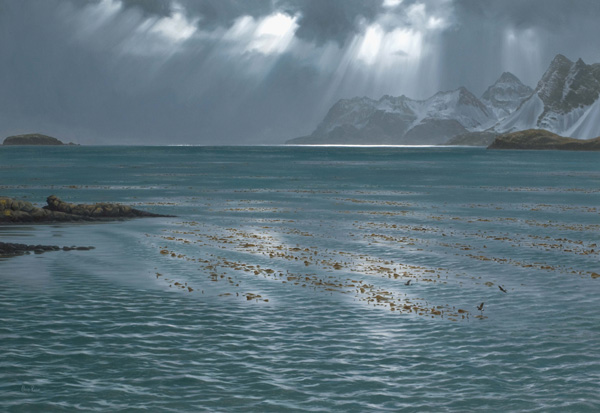