Humpbacks in the Gerlache Strait

Anywhere along the Antarctic Peninsula is spectacular, with snow and ice-covered mountains rising straight out of the water and great glaciers calving icebergs into the sea.

Humpback whales are large, growing to 52ft in length and weighing nearly 40 tons, but against the imposing backdrop of the Gerlache Strait they barely register.

The late evening sun caught the vapour from their exhalation ‘blows’ as they surfaced close to an iceberg, before silently vanishing below the surface again, never to re-appear. 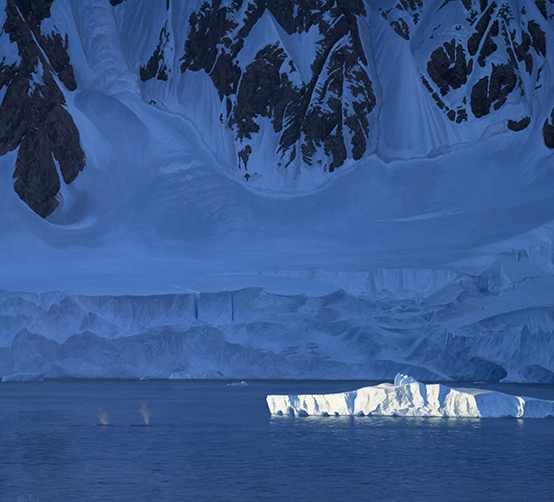