Once a rare sight in Britain, Little egrets have flourished in the last few decades and have spread even as far north as Scotland. At my ‘local’ estuarine reserve, Aberlady Bay in southern Scotland, there seem to be up to half a dozen of these elegant herons that have recently taken up residence.

On a flow tide when the sea floods back up the estuary, these egrets can often be seen fishing on the fry brought in on the rising tide. Unlike their larger cousin, our familiar grey heron, which stands patiently, barely moving until a fish passes by, egrets are agile hunters, dancing through the shallows, darting forwards to grab fish with that black, gimlet bill.

This was an overcast day, which made the egerts appear even brighter against the heavy grey of the reflected sky. Little patches of sea foam floated in from lower down the etsuary, ocassionally getting trapped in the rapidly submerging bladder wrack. 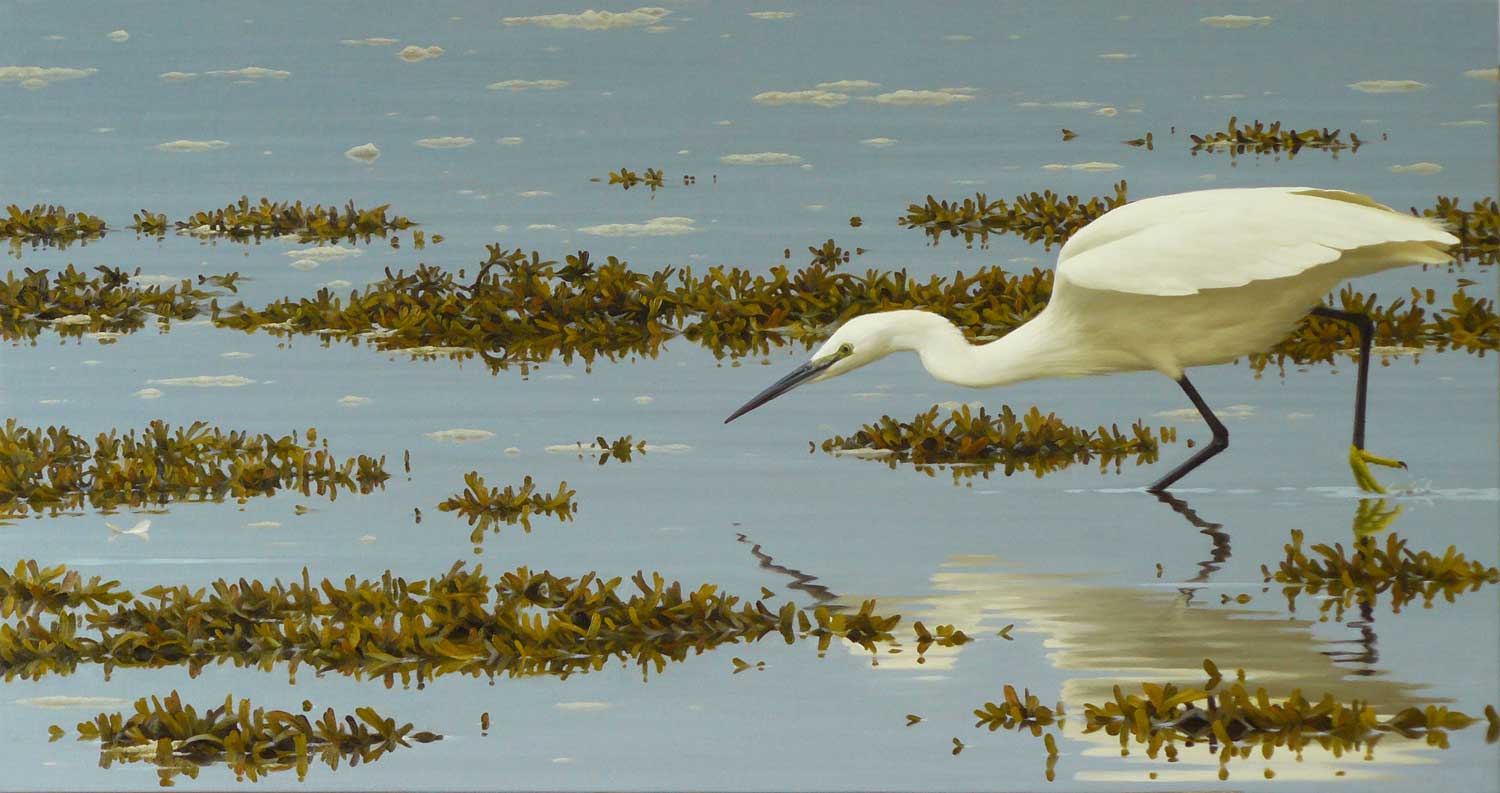