For some time I have wanted to do a painting of those shimmering, twisting flocks of waders one can see on estuaries in winter. This painting, looking across the sands of Lindisfarne Bay, is the first in what may be a series of paintings of wader flocks against dark stormy skies. As I painted the field sketch a small break in the clouds allowed a shaft of sunlight to pierce through, lighting up the sand dunes on the far side of the bay. A flock of dunlin lifted from the mud and wheeled into the sky, soon settling back a few moments later. Lindisfarne Castle sat, darkly, beneath the lowering sky. 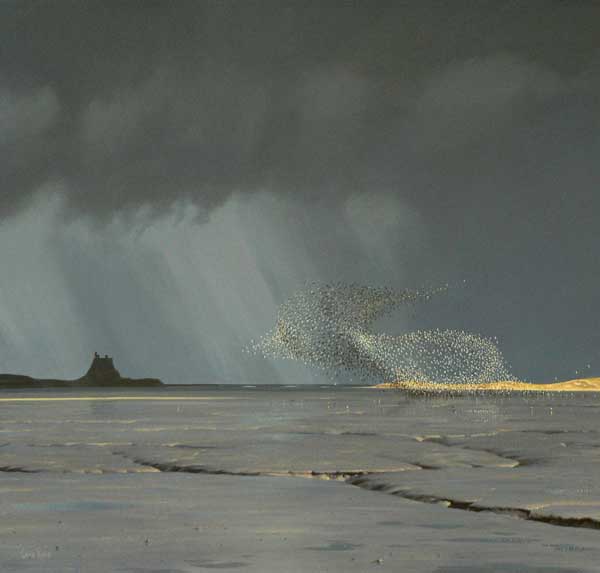