This painting is one of two on a very similar theme. Having half-painted the picture of purple sandpipers taking flight from the rocks – ‘Purple sandpipers rising’ – I wanted to alter the composition for a more dramatic effect by zooming in on the action. I still wanted to finish the painting I had started so I embarked on a second one! I wanted the birds to be larger in this painting so that we feel as if we’re almost caught in the action with them.

It is extremely rare for me to repeat a painting as closely as I have here – once a painting is completed I want to move on to something different. However, I think both pictures have their merits and opinion amongst the small number of people I have canvassed seems to be roughly divided equally between the two as to which is the more successful. 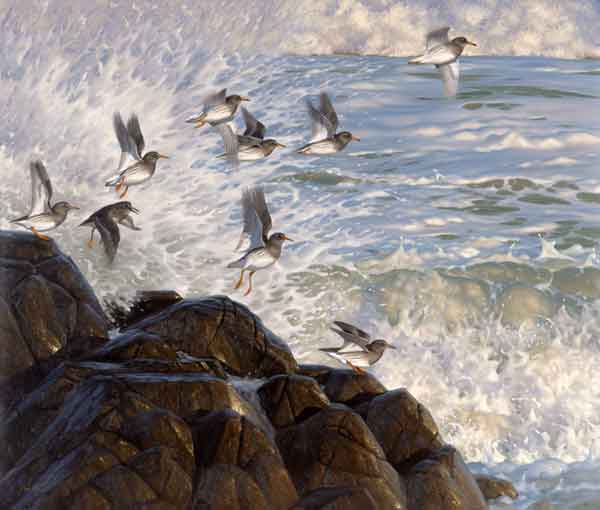