Deep snow threw a blanket of silence over the countryside. A glow from the fading afternoon sun softly lit the domes of snow that covered clumps of grasses near the edge of a loch. Sturdier stems remained defiantly upright or else were bent and then broken by the weight of snow. From nowhere a charm of goldfinches flitted through, their tinkling calls muffled by the snow. They paused briefly, looking for seeds of grasses and sorrel that might lie on the snow’s surface. Tiny feet sank in the snow and a wing was spread for support while reaching for a seed head. And then, almost as soon as they had arrived, they were gone.

I loved the muted tones and the simplicity of this scene. Some edges of the snow are lost in the fading light but the thin, crisp stems of grasses offer sharp counterpoints to the softness of the landscape. 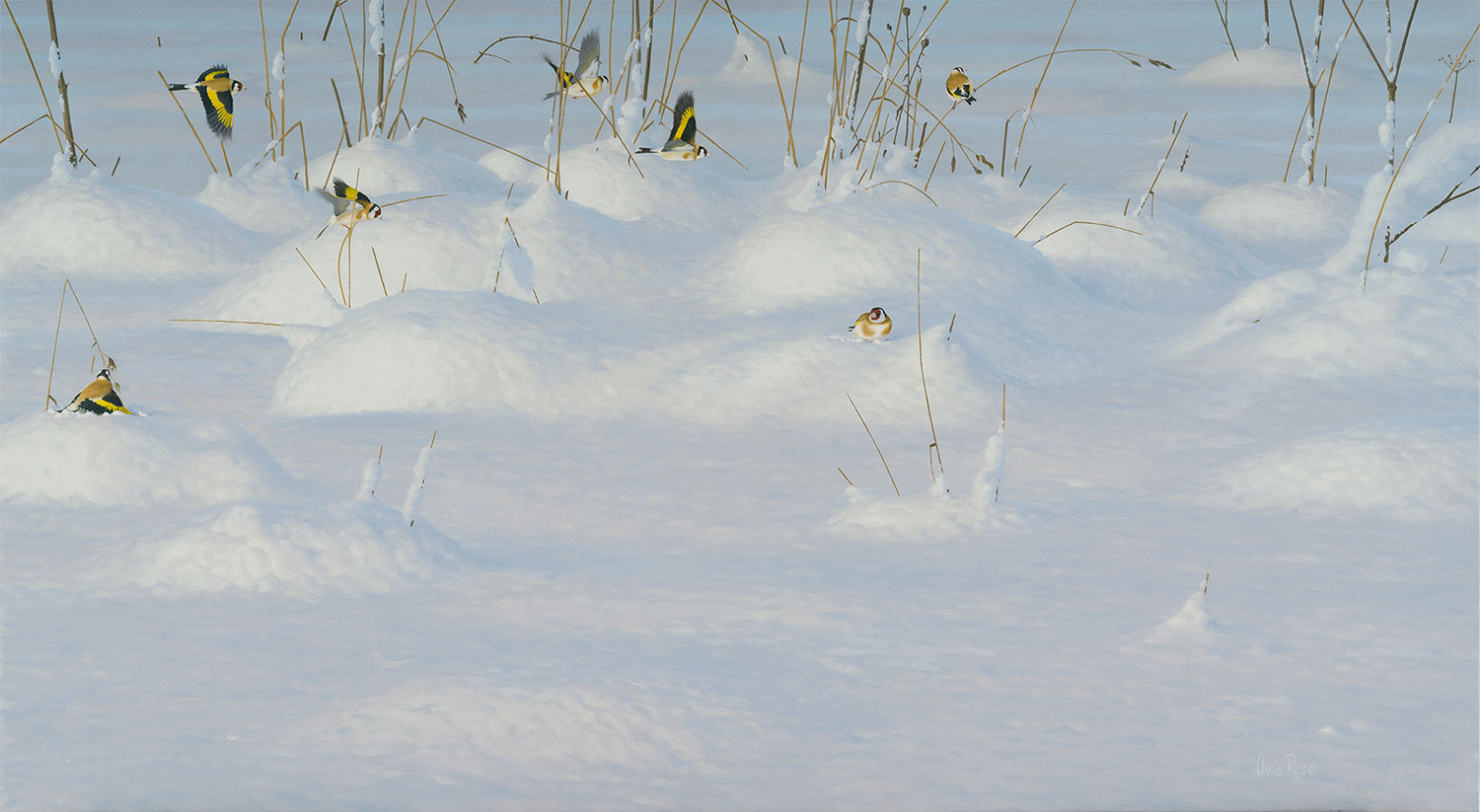