It’s October at Aberlady Bay on the Firth of Forth. On a neap high tide there are still patches of exposed mud for gulls, wildfowl and waders to roost and preen before the receding water exposes their feeding grounds again. Many of the gulls are going through their annual autumn moult so there are plenty of feathers blowing in the wind and settling on the water. A light breeze ruffles the water surface, reflecting sun-kissed clouds in bands of pale peach.

I liked the mix of different species, forced together for an hour or so by the tide. One has the impression they tolerate each other but would rather be somewhere else. 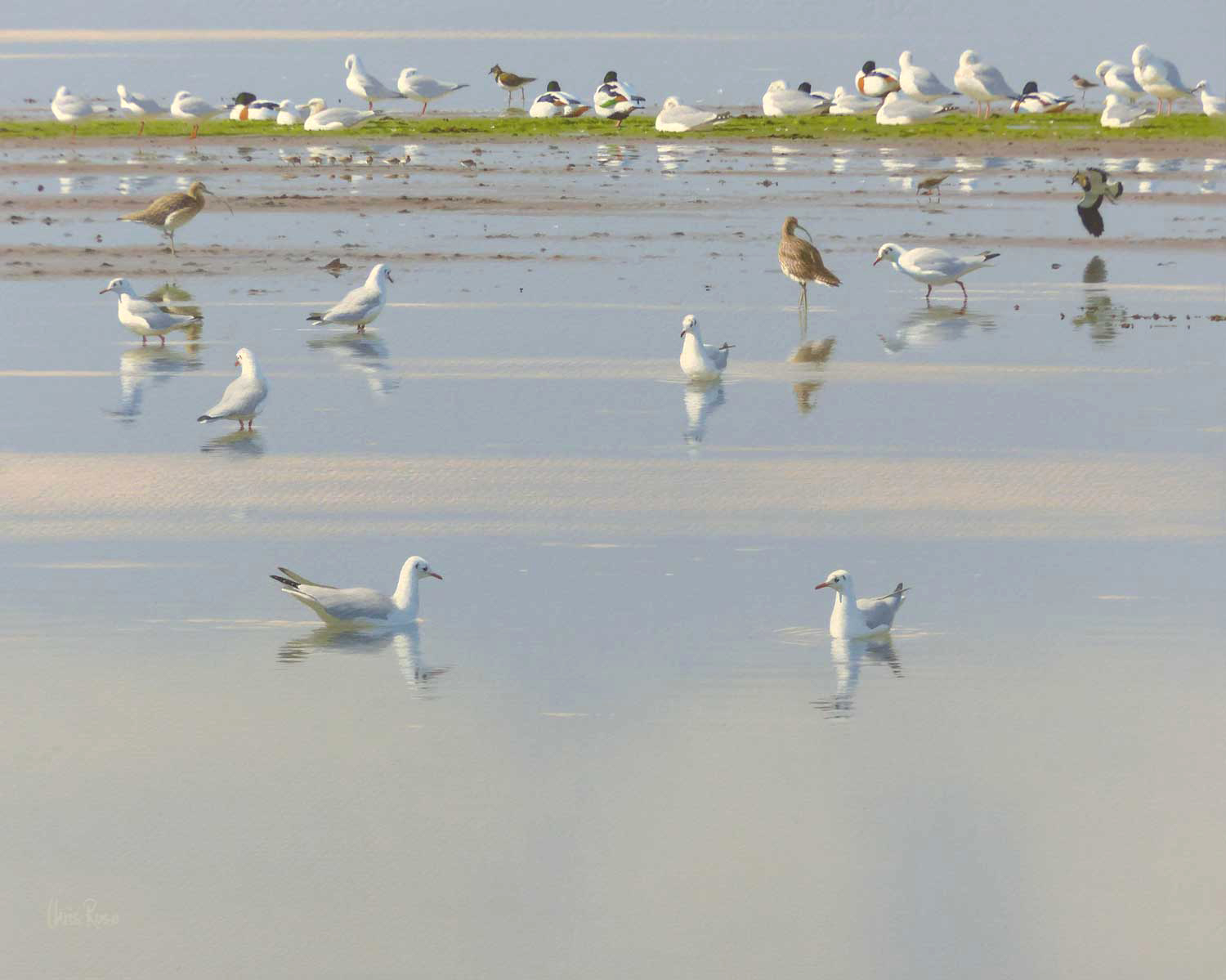