Despite an appalling summer for diving I managed a dive recently at St Mary’s Island, just to the north of Newcastle, with my dive buddy Nic Faulks. This is part of the proposed Marine Conservation Zone (rMCZ) I want to explore for the Wildlife Trusts’ Undersea Art Award. Although visibility wasn’t great at 4m-6m, we had barely entered the water when some young, grey seals started taking an interest in us. Initially circling around us, just within visible range, they soon became bolder and eventually accepted us as harmless curiosities. 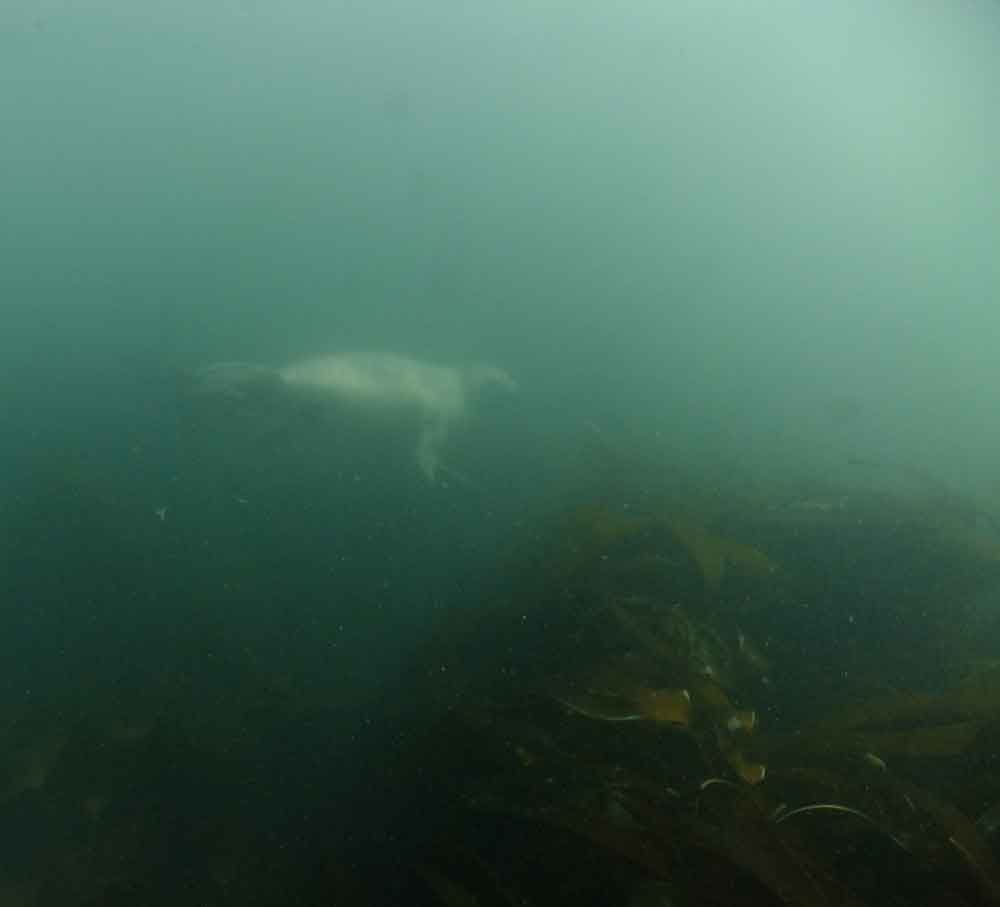 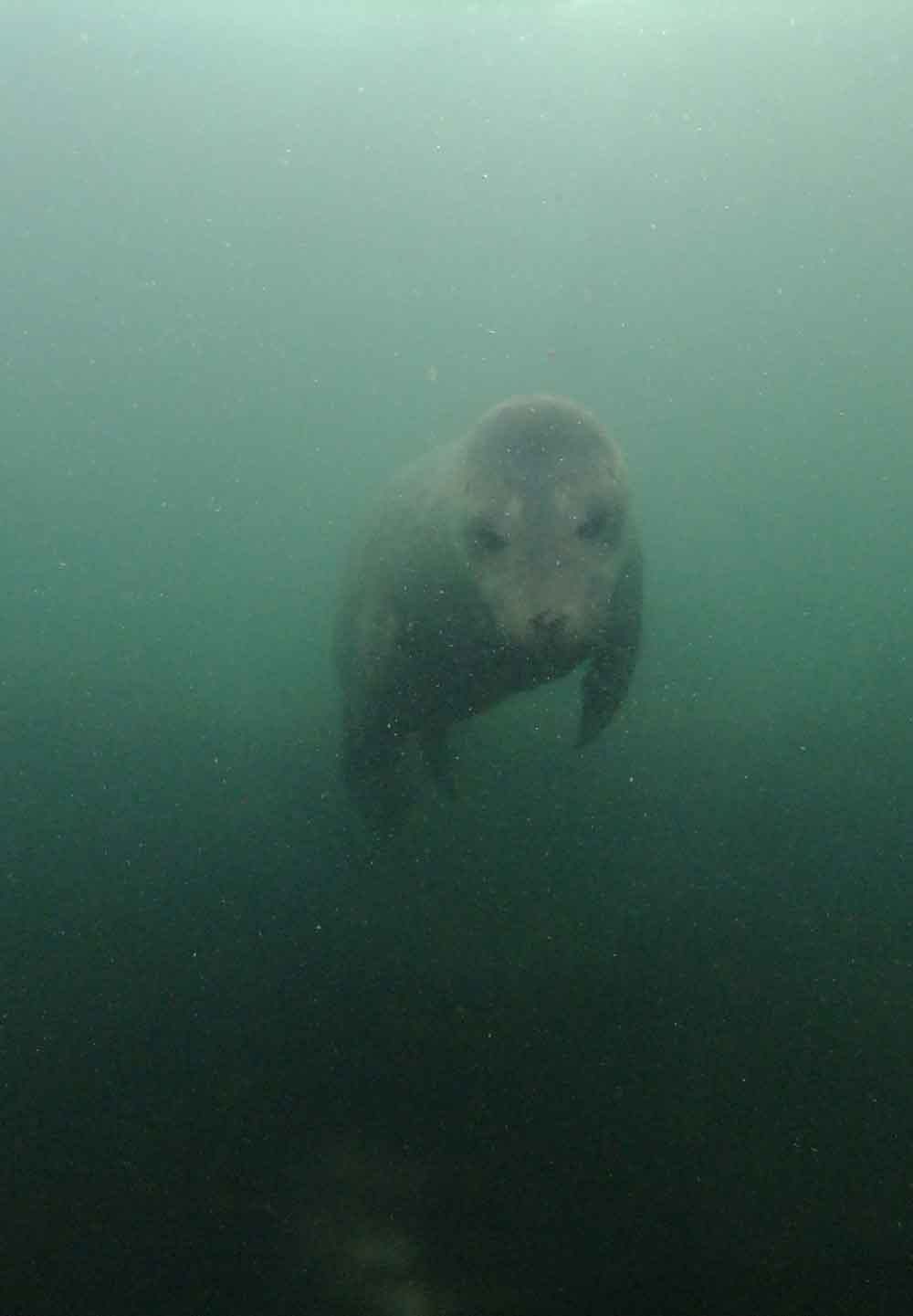 Despite years of experience of drawing often fast-moving birds and animals from life, nothing quite prepares you for the difficulties of drawing animals moving underwater. I have sketched and painted seals above water many times but their shapes underwater are totally different – gone are the lumbering forms that bask on rocks and sand bars and in their place are lithe bodies that continuously change shape and angle, particularly when at one moment they are at the side of you and the next they are above or below you. Add to this the task of trying to wrestle with a floating sketch pad whilst wearing thick, neoprene gloves and at the same time fighting a current that wants to take you in a different direction entirely, and you start to get the measure of the challenge! However, I managed to make a few, crude sketches. 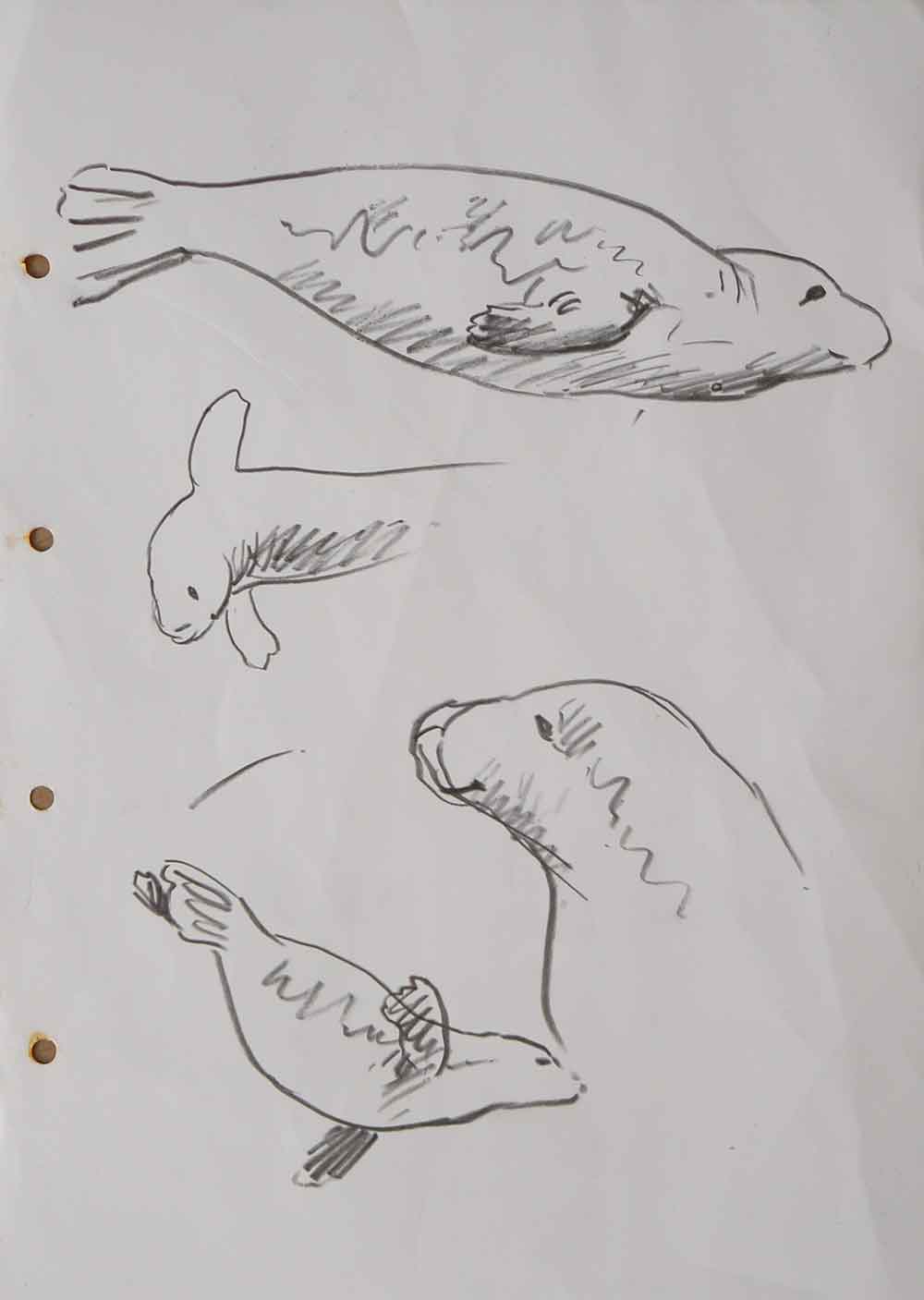 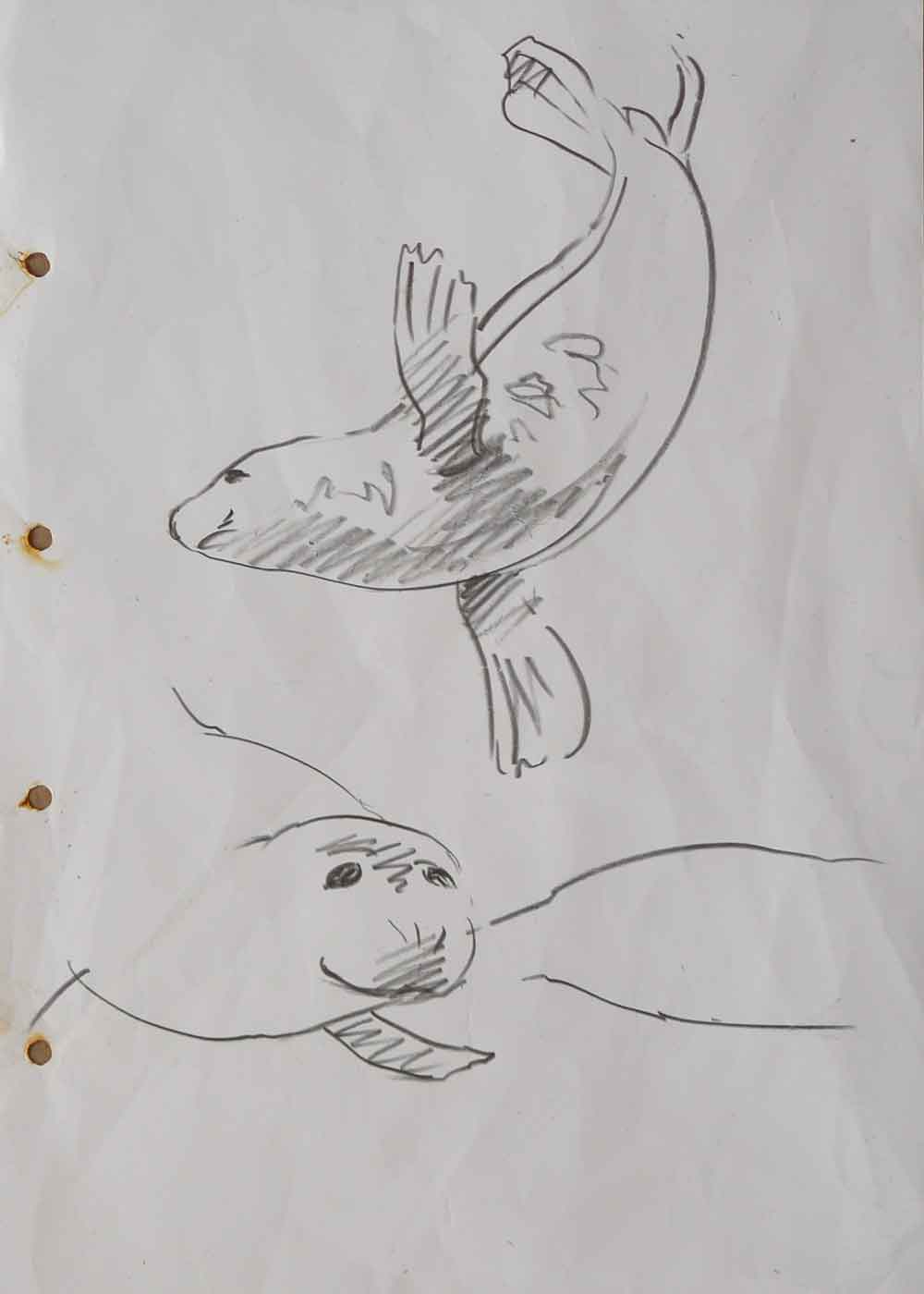 Their curiosity doubtless aroused still further by the flailing antics of this bubble-emitting alien, the seals lost all fear and came right up to us, one going as far as pressing it’s muzzle against the camera lens as I tried to get a head shot! 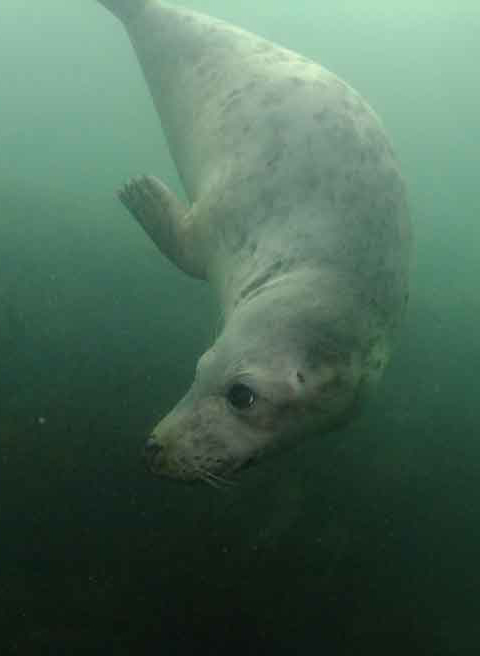 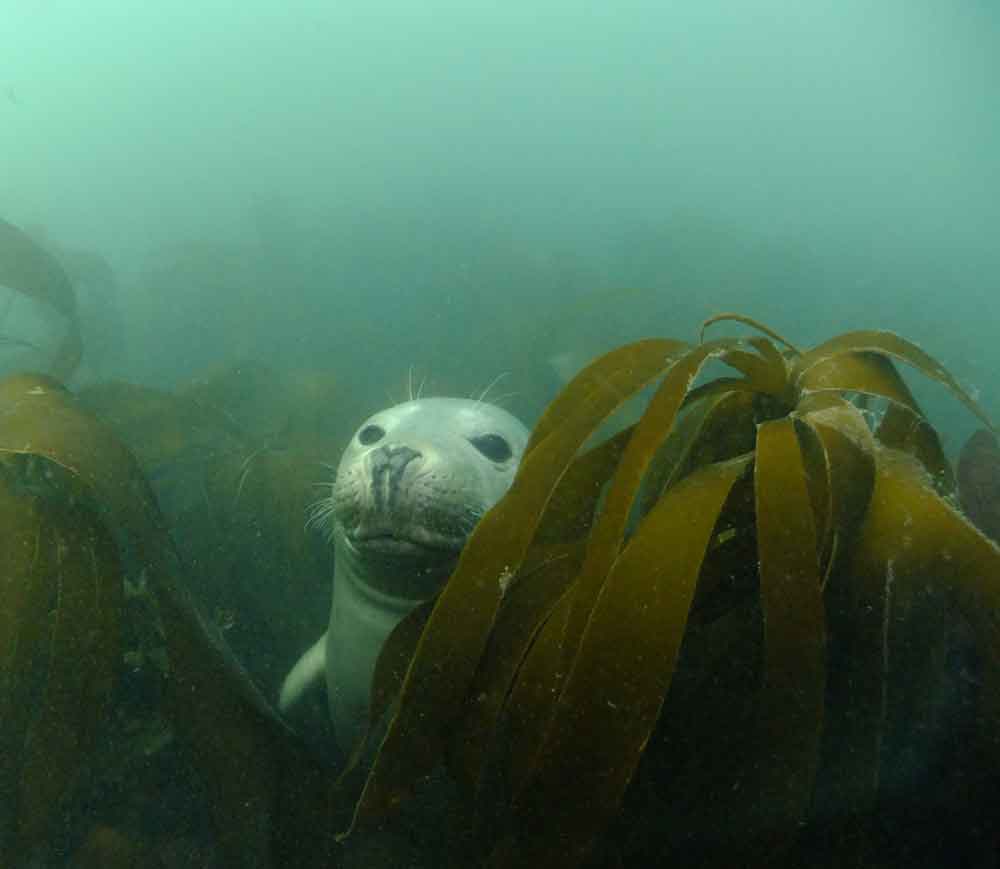 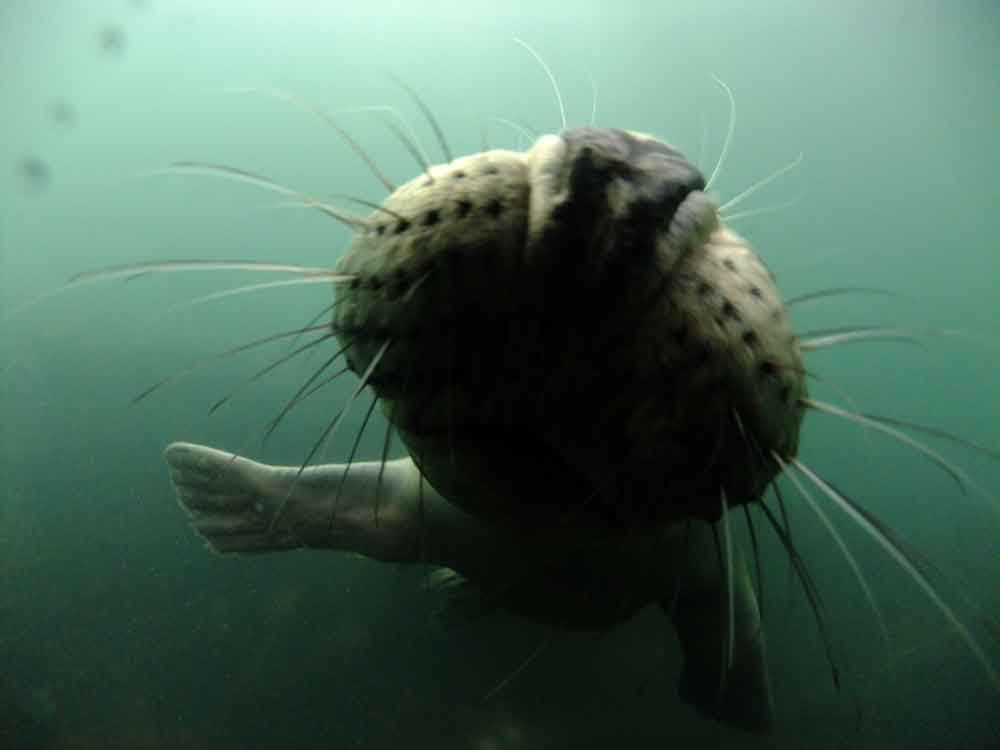 Unfortunately visibility worsened and we had to head back, but not before Nic found the most beautiful little cowrie – only a centimetre long these extraordinary molluscs cover their shells with a retractable, soft-tissue mantle that lays down a glossy coating on the shell. You can see it as a darker grey area on the side of the shell, bordered by a yellow line. The top, paler section of shell is the uncovered part. 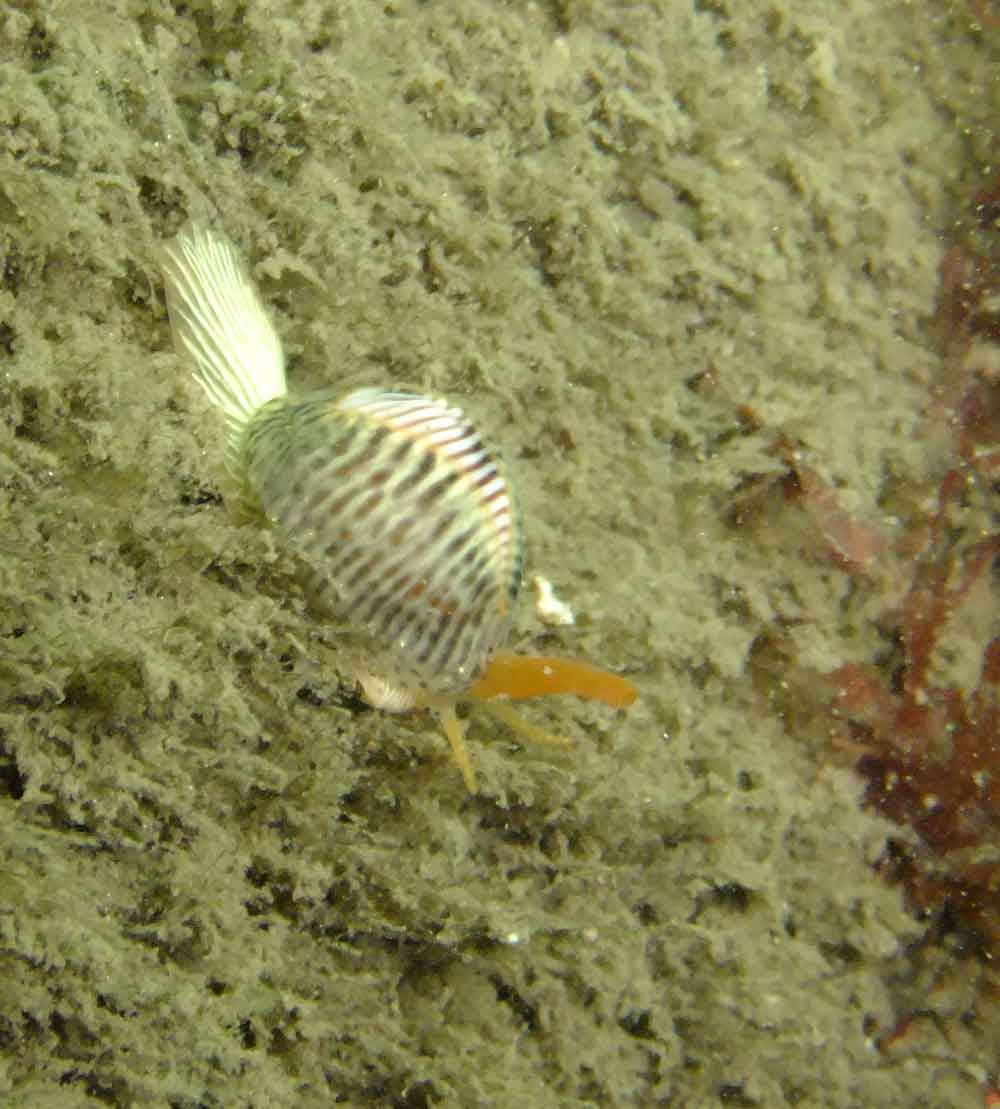 Back on land I did a quick acrylic sketch from memory of the ‘seal experience’ and already have an idea to translate this in to a big oil painting. 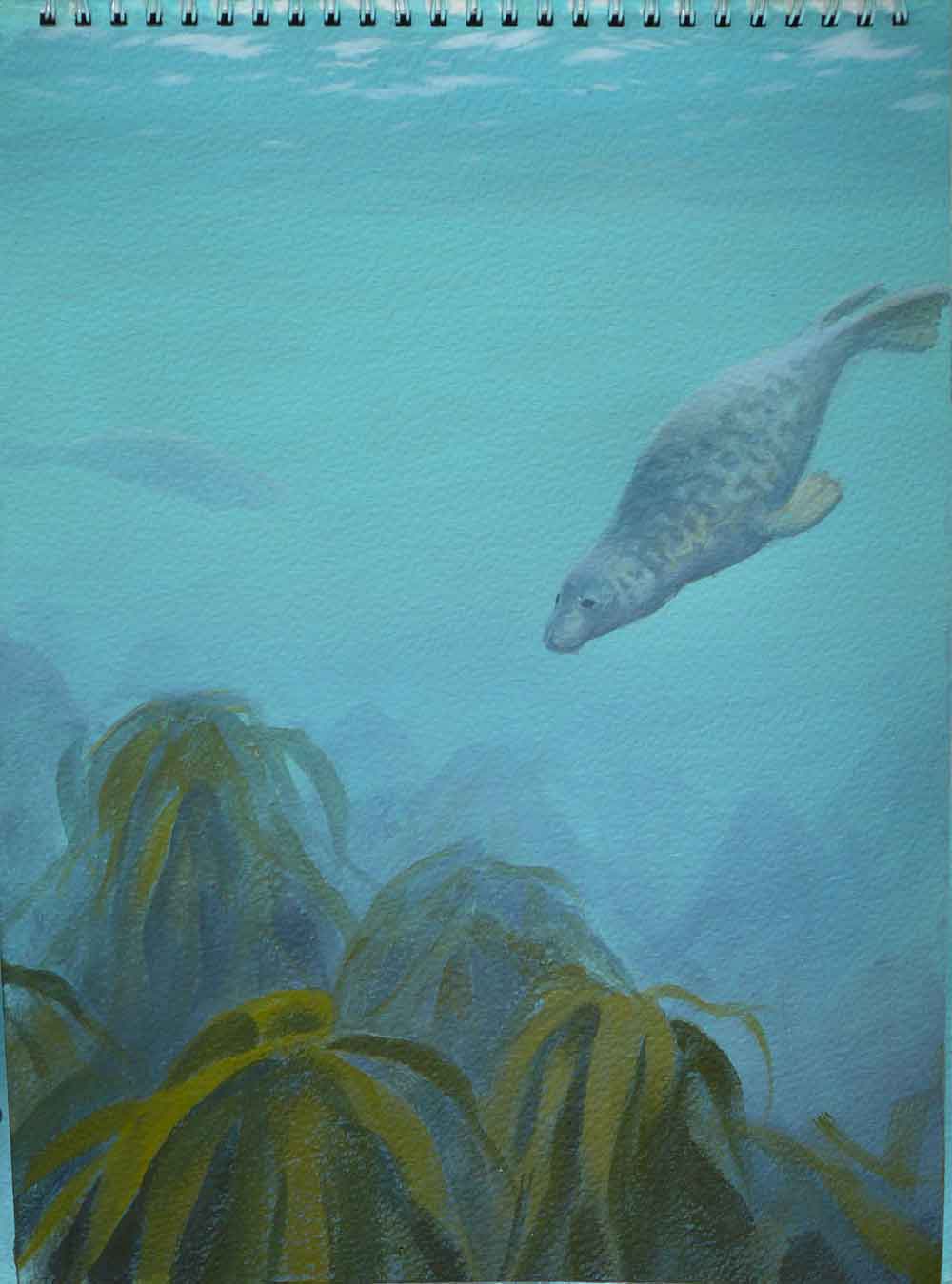 I’m hoping to get another dive in this weekend and then I have to knuckle down and get some studio painting done!